This surgery is the last act in Breast Reconstruction after mastectomy. It is a relatively small-scale surgery and is performed under local anesthesia. It is not necessary to be done, but it is the surgery that will give the final aesthetic result to the restored breast. As with all Breast Reconstructions, the final decision remains here for the patient.

Although Thigh Restoration surgery can be performed in an immediate Breast Reconstruction , it is usually done a few months later. Although the choice will depend on the case of each patient, Mr. Konstantinos Benetatos prefers in most direct breast reconstructions to perform the nipple restoration at the same time. However, as long as the patient has opted for a long-term resuscitation surgery, Mr. Benetatos will perform the restoration of the nipple as a separate surgical operation in a later period.

Surgery can generally be performed in two different ways, either with a local flap or with a graft from the other nipple. Its advantage is that it does not need anesthesia, as the skin of the area is already feeling uncomfortable and can be done in the context of daily hospitalization. Initially, we create a relatively larger nipple as it rises in the first six to nine months.

Restoration of Nipple with local flap

Mr. Konstantinos Benetatos prefers this surgical method by using cutaneous cuttings from the restored breast wrapped around themselves to create a new nipple in this way.

Restoration of Nipple with graft from the other nipple

This surgical procedure involves removing the half of the nipple from the contralateral healthy breast (when the other nipple is large), and transplanting it into the regenerated breast, just like with a cutaneous graft.
Then, about eight to twelve weeks after the nipple is restored, regardless of the method, the halo (the color ring around the nipple) is formed using tattoos in which pigments that are associated with the color of the nipple of the contralateral breast. Patients should be advised that the procedure may need to be repeated as the color of the tattoo may diminish.

Another option is to use an artificial rubber nipple, which will be created on the basis of the unilateral nipple, thus offering a plausible aesthetic effect.

If you are considering rehabilitation, Mr. Konstantinos Benetatos will discuss during your session the choice that suits you best. 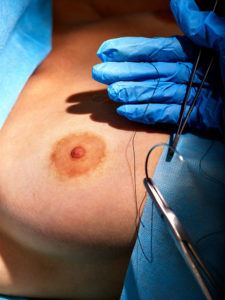 A complete medical history should be taken before each surgery. As a precautionary measure, doctors without prescription or herbal products / drugs should not be taken before surgery and for 3 days afterwards. Also, strict non-steroidal anti-inflammatory drugs such as salospir, ibuprofen (Nurofen), diclofenac (Voltaren) and any other anticoagulant or antiplatelet therapy should always be avoided, always with the treating physician. It would also be very helpful to bring a list of any prescription medicines you receive for your preoperative control.

If you are a smoker try to quit smoking at least one week before and after surgery, as this will dramatically reduce the chance of post-operative complications.

No need to stay in the hospital (day care). You will not need to stay bedridden, and you will be able to walk immediately after surgery.

Time of Abstinence from Exercise

You will be able to work after two weeks.

This will depend on the immediate or ultimate rehabilitation (three months in the first case and two weeks in the second).

You will need to have some gauze in the nipple and breast for two to three weeks.

Patients should avoid driving until they are totally relieved of any inconvenience and limitation so they are perfectly able to make a sudden movement, such as direct braking, unobstructed and pain free. It may take up to two weeks to fully recover.

There is also a probability of about two percent (2%) for partial or complete failure of Breast Loss Restoration.

Please do not hesitate to contact us if you have any questions that remain unclear. 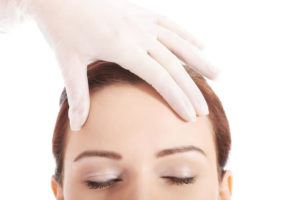 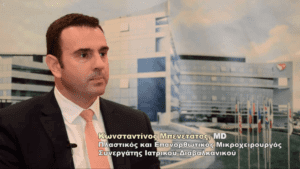 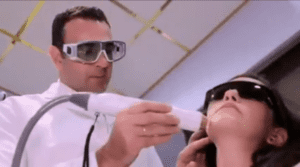