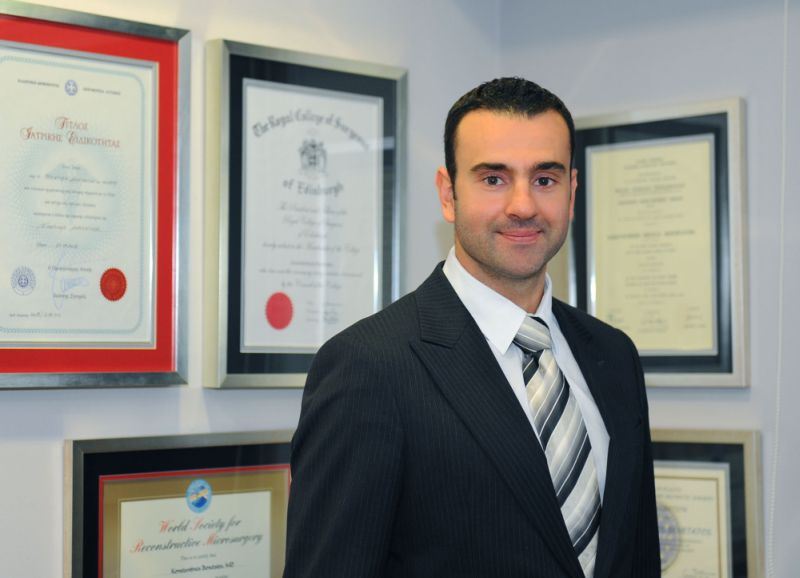 Mr. Konstantinos Benetatos, after a Panhellenic examination, was introduced to the Military Medicine (SASS) of the Aristotle University of Thessaloniki in September 1996. He completed his studies in 2002 and then fulfilled his military duties as a Doctor Officer, offering valuable services in Rhodes and the NATO Force of Greece in Afghanistan for 2 years.

In 2006 he began his specialization in Plastic Surgery at the 401 General Military Hospital of Athens and then at Agios Savvas Cancer Oncology Hospital. After successful examinations at the Royal College of Surgeons in England he continued his specialization abroad.

From 2008 to 2012 he was introduced to the art of Reconstructive and Aesthetic Plastic Surgery next to prominent surgeons from the Department of Plastic Surgery at Nottingham University Hospital (Queen Medical Center) where he gained valuable knowledge and experience. In particular, she specializes in a wide range of reconstructive and aesthetic plastic surgery such as breast surgery, surgical hand, restoration of congenital malformations such as labia or lacerations, hyperaesthesias and hypopathies, wound surgery, burn management as well as complete treatment by resection and repair of large deficits , in patients with skin cancer, breast cancer and various types of sarcomas.

He has attended numerous Plastic Surgery Seminars throughout the world and has been a guest speaker at many European and International Plastic Surgery Conferences. He was educated and inspired as an apprentice by the internationally renowned Plastic Surgeon and current President of Plastic Surgeons of England, Mr G. Perks, and he worked closely in the private sector with established cosmetic aesthetic surgeons such as Mr SJ McCulley, Mr T. Rasheed and Mr H. Henley.

In 2011 he was awarded the European Plastic Surgery Specialty following successful examinations at the corresponding European Commission and then worked at the University of Nottingham as a Senior MicroFellow for one and a half years until May 2012 where he was specialized in Breast Institute of Nottigham University Hospital, and the Oral and Maxilofacial Department (ENT Department) under the guidance of Microsurfers Mr P. Hollows and Mr I. McVicar. 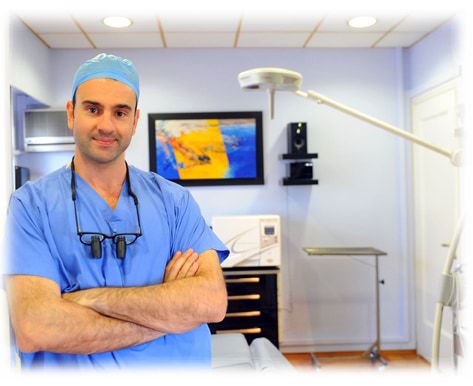 During this period he successfully completed over 120 microsurgical procedures (free transfer of tissue-autotransfusions to the face, skull, oral cavity and breast). In 2012, he was honored to become a member of the American Society of Microsurgery, following recognition of his painstaking effort and contribution to the field of microsurgery. In the same year, 2012, after successful examinations, he received the official title of Plastic Surgery in Greece and since then he works as Plastic Surgery Officer at the 401 General Military Hospital of Athens.